In the first quarter of 2023, the project will start operating for profit. After the Public Transport Authority’s processes and demands for acquiring the project’s operating license have been satisfied.

Recommended: The Renewal Of Saudi Council Of Engineers’ Membership

It will have a significant role in assisting the Kingdom’s exports of different industrial and commercial materials.

Saleh Al-Jasser reiterated in his speech SAR’s continued efforts to complete projects flawlessly and to the highest standards.

He considered its significant contribution to improving the Kingdom’s road transportation. The minister also emphasized the crucial significance of connecting the networks in the Eastern Province’s North and East regions.

They achieved the National Industrial Development and Logistics Program’s aims. Making the Kingdom a global logistics hub is just one of the initiatives of the Saudi Vision 2030.

Dr. Bashar Al-Malik emphasized the significance of tying the North and East Rail Networks together and their role in providing logistical support.

Recommended: Registering With The Saudi Council Of Engineers As A Technician

The industrial facilities in Jubail Industrial City will be served by the internal Jubail network, according to SAR.

The 124 km-long railway that connects the East Track to the North Track is significant. Seven road bridges, three railway bridges, and three storage lines were all visible.

In Jubail Industrial City, the internal network project spans 69 km. This network serves its city’s factories. It has connections to the other railway networks, the King Fahd Industrial Port and the Jubail Commercial Port. 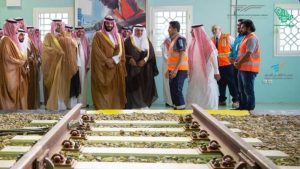 Saudi Railway to Raise Local Staff to 100,000, Including Women Drivers 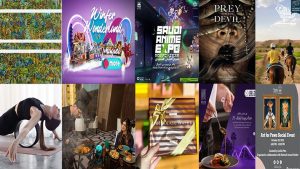