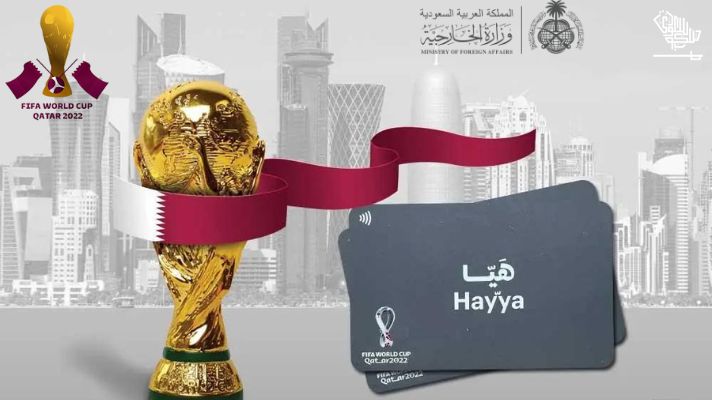 Jeddah — The Cabinet gave the state permission to pay for e-services. Costs associated with the Ministry of Foreign Affairs e-visa service platform. For providing holders of fan tickets (Hayya cards) for the FIFA World Cup Qatar 2022 with entrance visas to Saudi Arabia.

A personalized document known as a Hayya card holder (fan ID) is issued. Everyone attending a FIFA World Cup Qatar 2022 game must have a card.

According to the Saudi Ministry of Foreign Affairs, Saudi Arabia would receive all FIFA World Cup Qatar 2022 spectators.

Who can stay in the Kingdom for up to 60 days during the World Cup if they have a Hayya card. King Salman presided over the Cabinet. At Al-Salam Palace in Jeddah on Tuesday afternoon.

The Cabinet also discussed the 33rd ministerial meeting of OPEC and non-OPEC. They took note of the crucial part the OPEC+ group played. In bringing harmony and stability to the world’s oil markets. They were supporting the world economy.

The agreement between the Money Laundering Combating Unit (MLCU) in Egypt and the Financial Investigation Unit of Saudi Arabia at the State Security Presidency also got accepted.

In terms of working together to exchange financial information on crimes involving money laundering and financing terrorism.

The Cabinet was briefed on the contents of the two letters that the guardian of the two holiest mosques and the Crown Prince had received.

From the President of the Republic of Korea at the start of the meeting. The bilateral ties between the two nations were discussed in the letters as strategies for advancing and strengthening them in many areas.

The Cabinet reviewed recent discussions and gatherings between Saudi Arabian authorities and their counterparts in other nations.

It seeks to fortify and advance cooperative relationships in a way that offers shared interests. It improves coordination between the bilateral and multilateral responses to global crises and concerns.

Recommended: Top Upcoming Mega Projects In Saudi Arabia That We Can’t-Wait For!

In keeping with Saudi Vision 2030’s goals. For luring multinational corporations and organizations to set up shops in Saudi Arabia.

The Cabinet authorized the Minister of Foreign Affairs to talk with the Japanese side. The talk was related to a draught memorandum of agreement on establishing a strategic conversation between the Saudi Arabian and Japanese foreign ministries.

It gave the Minister of Tourism permission to speak with the Kuwaiti side. Regarding a proposed memorandum of understanding between the Kuwaiti Ministry of Information and Culture. Also, the Saudi Arabian Ministry of Tourism. For cooperation in the tourism industry.

The media minister and the head of the general commission for audiovisual media got permitted by the Cabinet to speak.

Concerning a draught memorandum of understanding between the National Communications and Media Commission of Iraq. Also, the General Commission for Audiovisual Media in Saudi Arabia.

PrevPrevious7 Key Points About e-Invoicing in Saudi Arabia
NextJeddah Weekend, October 13 to 14Next