At VOX Cinemas, See Coldplay Live On The Big Screen 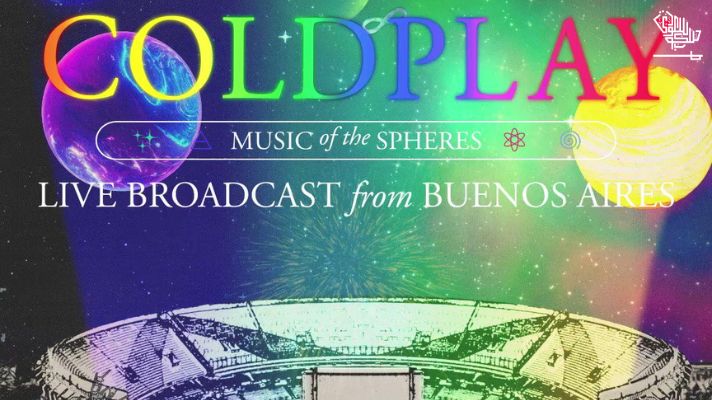 If you're wondering where to watch it, VOX Cinemas will broadcast the live event on Sat, Oct 29, at 5.30 p.m. In all of its theatres in KSA.

Fans of Coldplay may now experience the band’s captivating songs in a new way as the well-known rock group will live broadcast from Buenos Aires Their “Music of the Spheres” World Tour special in theatres worldwide, including Saudi Arabia.

If you’re wondering where to watch it, VOX Cinemas will broadcast the live event on Saturday, October 29, at 5.30 p.m. In all of its theatres in the Kingdom.

Thanks to BAFTA-winning and Grammy-nominated director Paul Dugdale, fans haven’t had a chance to watch the fantastic “Music of the Spheres” show.

It has sold more than 5.4 million tickets to date. You will be able to experience the explosive event in all its grandeur on the one-night-only special.

Watch as the band performs well-known songs throughout their careers. Such as Yellow, The Scientist, Fix You, Viva La Vida, A Sky Full Of Stars, and My Universe, in an ablaze venue with lights, lasers, and fireworks.

These elements work together to make Coldplay concerts a happy and life-affirming experience.

The popular Korean band BTS member Jin will make a special appearance at the screening. He will provide the world premiere live performance of his brand-new song, “The Astronaut,” co-written with Coldplay.

Following stops in Europe, North America, and Latin America, Coldplay members Chris Martin, Phil Harvey, Guy Berryman, Jonny Buckland, and Will Champion are about to wrap up their six-month world tour from Buenos Aires with a special live broadcast.

It is the first time a concert from Latin America has ever been televised live to cinemas worldwide.

Concerts, football games, and documentaries are just a few examples of the unusual entertainment that VOX Cinemas frequently presents.

Saudi Arabia Cancels The ‘Host Umrah’ Scheme
Keeping Contact With Constant Contact
Saudi Companies Urged To Issue Labor Policies Via Qiwa
Midday Work Ban Comes into Action; SR3,000 Penalty for Each Violation
Saudi Arabia will Not Shoulder Responsibility for The Oil Supply Shortage When Its Facilities Are Un...
Top Ten Books Of All Time
United Arab Emirates Set Up A Playoff Football Match with Australia
How Women Drivers Made Their Impact in Saudi Arabia
The Magical Website Builder: WIX
Saudi Arabia to manufacture viral and genetic vaccines after signing an MoU with Pfizer
Houthi Piracy Off The Yemen Coast Planned by Iran, says Arab Coalition
Saudi Arabia Celebrates the 7th Anniversary of King Salman's Ascension to the Throne 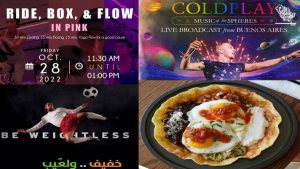