Farmers in Northern Haiti are Looking For Ways to be Resilient 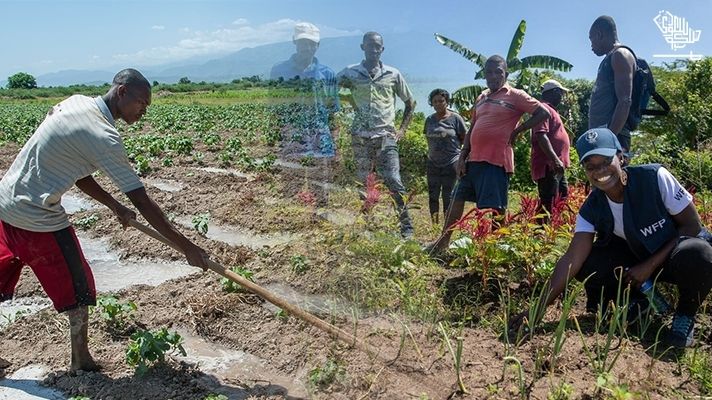 Port-au-Prince: Farmers in Haiti’s North are attempting to improve their resilience to harsh weather patterns. To protect themselves from the loss of property and crops that typically occur due to natural catastrophes.

According to the recent Integrated Food Security Classification Phase or IPC report IPC, which offers an overview of the severity and scale of food insecurity and malnutrition, a considerable majority of the primarily rural population in the country’s north is suffering a hunger crisis.

The World Food Program and other partners have assisted farmers in recovering from a drought and flood cycle. Many have gotten compensated for their efforts in programs that have increased community resilience.

They are incredibly proud of their way of life and the crops they cultivate. They are eager to create a future for their family, as are farmers worldwide.

Here are three of their stories:

“We lose all of our crops when our land floods.”.

In January, I lost all of my beans, maize, bananas, potatoes, yams, and pumpkin. This acreage could sustain a family of ten, but we don’t have any food.

I’ve been working on a neighbor’s property so that I can share part of the vegetables. Today, only my three grandchildren have eaten; I gave them coffee and toast. I am now preparing beans for the entire family, which will be our one meal of the day.

I’ve planted for the following season. We’ll have food later in the year, but we’ll go hungry till then.

I also gave my time to the community in Dubuisson between July and September of last year. To build structures that would make future flooding less severe. That money has been quite beneficial to me.

“The soil in Limonade is fertile, and we get a lot of rain, yet we’ve always struggled to irrigate our crops reliably.”

We collaborated with WFP to dig irrigation canals across our 200-farmer association’s land.

We can now pump water to cultivate various crops such as eggplant, cabbage, spinach, spring onion, and beetroot. I can now eat beetroot salad on Sundays again, which is a local tradition that I like.

We used to eat only one meal a day during a drought before the irrigation. Today we can eat three times a day and sell products to meet our families’ needs.

I’m proud to be a farmer; this is my life, and it’s a good one. The farming tradition will get carried on by my children.

“My neighbor wanted to cut down an ancient mango tree to produce charcoal. I stopped him because I know that deforestation causes soil erosion, which impacts everyone, especially farmers in Pilette.”

As part of the WFP project, I learned about reforestation in protecting the soil and prevent flooding. I am eager to see more mango, avocado, cocoa, and coffee trees planted.

These will help conserve the environment while also providing us with good meals. We worked together as a community to construct flood control measures in the ravines that drain into the river.

These kept sediment and soil from rushing off the hillsides. A lot still has to be done because recent big rains have caused damage to the valley.

The weather in this region is changing. Rain is becoming less regular, so many people, including my neighbor, want to cut down trees to manufacture charcoal to survive.

People didn’t need to create charcoal in the past since the rain was more steady, so there was more to eat. We rarely lost crops to flooding, so there was less need for it.

My neighbor no longer speaks to me, but that doesn’t bother me because I preserved that mango tree.” — United Nations News.