Young Indonesian Travels 5,000 Km on A Bicycle in His Pilgrimage to Three Holy Mosques 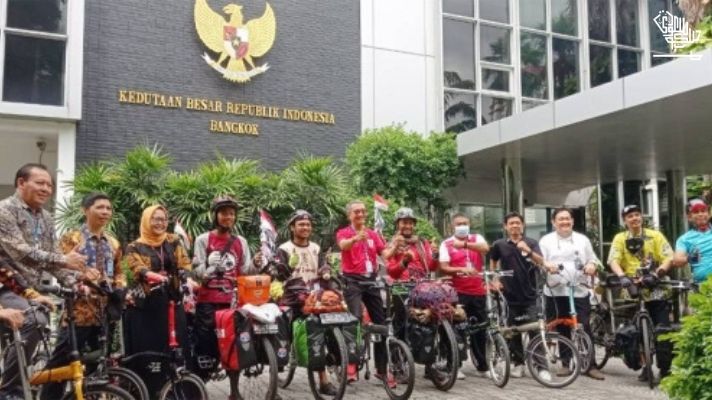 Jeddah — For Muhammad Fauzan, the lifetime spiritual journey of Hajj was arduous on a bicycle. He traveled on bicycle nearly 5,000 kilometers from Indonesia to Saudi Arabia, taking more than seven and a half months.

The young Indonesian traveled from Magelang, Central Java, on Nov. 4, 2021, and performed Umrah after reaching Makkah last week. He will join other pilgrims from Indonesia.

Indonesia is the most populous Muslim nation, sending the largest contingent of 100,051 pilgrims for the upcoming Hajj. So far, around 21,000 Indonesian pilgrims have arrived in Madinah.

“I intend to perform Hajj and visit the Three Holy Mosques in Islam. Namely – the Grand Mosque in Makkah, the Prophet’s Mosque in Madinah, and the Aqsa Mosque in Jerusalem.

After performing Hajj, I have plans to continue my bicycle journey to Palestine to visit the Aqsa Mosque and other Gulf Cooperation Council (GCC) States,” he said.

M. Fauzan, a holder of a master’s degree and well versed in Arabic, said that he thought this was the best way to perform Hajj without long years of waiting.

Recommended: High-Number of Domestic Pilgrims in One Request Reduces Qualifying Chances for Hajj

“Normally, Indonesians have to wait for around 40 years for their turn to perform Hajj after registration.

But I was impatient to visit Islam’s Holiest places and perform the annual pilgrimage. I started preparations by saving money from my salary as a teacher,” said M. Fauzan.

M. Fauzan obtained his bachelor’s degree in Arabic and Islamic studies from Makassar University in South Sulawesi province. He works as an Islamic teacher.

“My main intention is to perform Hajj and pray for parents who are alive as well as for family and relatives.” M. Fauzan has a wife and two children — a son, and a daughter, born after he had set out on the life journey.

He brought these medicines from Indonesia and carried out cupping at mosques along his route from Magelang.

Recommended: Ministry Announces Packages for Hajj. Costs are from SR10,000 to 15,000

Despite the tediousness and fatigue of travel, M. Fauzan observed fasting during the month of Ramadan. He used to break his fasts at mosques along his routes in Singapore and Malaysia.

M. Fauzan noted that the travel mainly was during nighttime. He prepared tea and light food in the tent and used to buy lunch from eateries.

Referring to his plan after Hajj, M. Fauzan said that his post-Hajj priority is to visit the Aqsa Mosque, Islam’s third holiest shrine. “I also plan to visit the GCC States apart from Palestine before flying back to Jakarta,” he said.

M. Fauzan recounted the difficulties he encountered in getting travel permission to Myanmar after cycling a long path through Thailand.

“All my attempts to get an entry visa to Myanmar were in vain; hence, I was forced to halt the cycling trip in Thailand after traversing nearly 4,000 km on a bicycle and therefore flew from Bangkok to Riyadh on May 26.”

Upon his arrival in Riyadh, he was received by Indonesian Ambassador Abdul Aziz Ahmad and Deputy Chief of Mission and Chargé d’affaires Arief Hidayat. 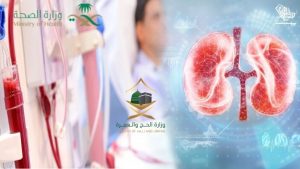 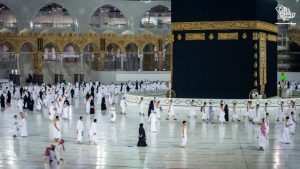 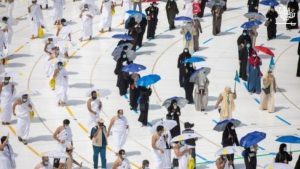