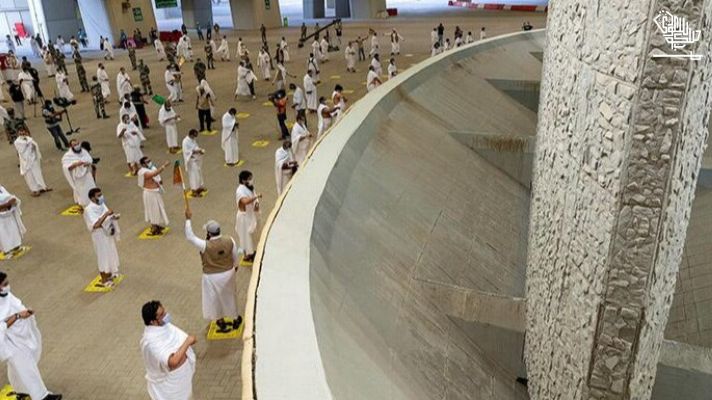 Pilgrims performed the stoning ritual on Sunday, first day of Tashreeq, at Jamarat in Mina, & threw pebbles at all three pillars symbolizing Satan.

Mina — Pilgrims performed the stoning ritual on Sunday, the first day of Tashreeq, at Jamarat in Mina. Wearing regular clothes after removing the ihram the previous day, they threw pebbles at all the three Jamarat or pillars symbolizing Satan.

Pilgrims arrived at Jamarat in batches from their camps and chanted “Allahu Akbar” (God is the Greatest). They stoned Jamarat Al-Sugra, the small pillar, then the Jamarat Al-Wusta, the medium pillar, and Jamarat Al-Aqba, the last and the largest pillar.

Seven pebbles are thrown at each pillar as pilgrims move from one pillar to the next.

All five levels of the Jamarat Bridge Complex have Multiple paths leading to them. The Bridge complex ensures the smooth flow of pilgrims’ movement.

Around 900,000 foreign and domestic pilgrims proceeded from their camps in Mina to the Jamarat Complex as scheduled. The ritual began Saturday by stoning only at Jamarat Al-Aqba.

A huge contingent of security forces, health workers, and volunteers around the Jamarat Complex ensure the safety and health of the pilgrims and their smooth movement and performance of the stoning ritual.

Stoning at Jamarat is the most repeated ritual of the Hajj. Pilgrims perform the ritual at Jamarat Al-Aqba on the first day of the Sacrifice, Dhul Hijjah 10. They hurl seven stones each at the three pillars in the next two or three days.

The five-level Jamarat Complex structure around the three stoning sites allows for a smooth flow of pilgrims. To prevent congestion, pilgrims can only move in one direction.

There are about 226 environmentally-friendly electric vehicles on the Jamarat Bridge to transport and serve pilgrims.

Pilgrims are permitted to leave on the second day of Tashreeq after performing the stoning ritual. The annual pilgrimage comes to a close officially on the third day of Tashreeq on Tuesday, Dhul Hijjah 13. 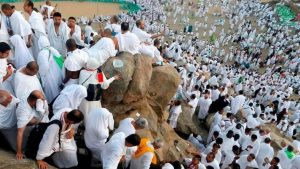 Over A Million Pilgrims Arrive at Arafat, The Climax of Hajj 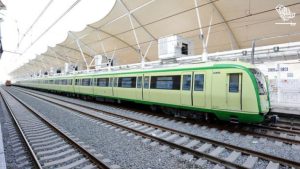 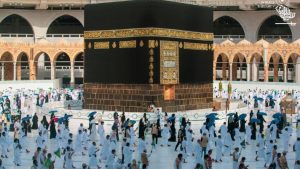 Umrah Booking to Begin from July 19 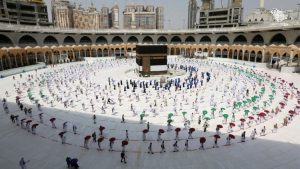 25,000 ex-pats out of 58,518 pilgrims perform Hajj as Pilgrims stone Jamarat for the second day during the final phase of Hajj