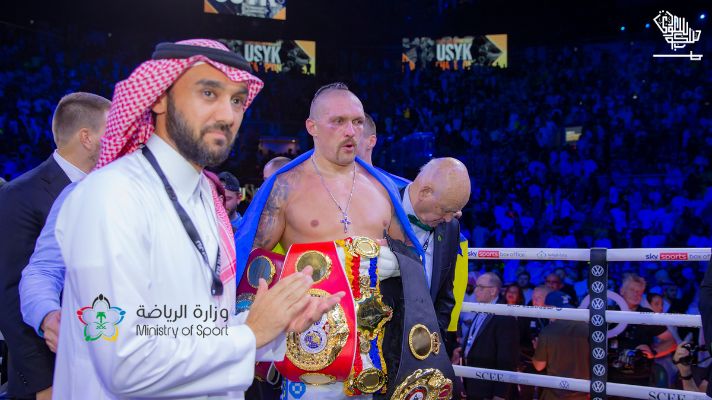 Oleksandr Usyk impresses the world with his successive wins over Anthony Joshua retaining his undisputed title in Jeddah Rage On The Red Sea.

Jeddah — Ukrainian Oleksandr Usyk has impressed the world with his successive victories over Anthony Joshua. Saturday, Oleksandr retained his undisputed title in Jeddah’s Rage On The Red Sea in Saudi Arabia.

Usyek won the game with an impressive and exciting match filled with enthusiasm and cheers from the fans.

The 35-year-old Usyk kept his WBA, WBO, and IBF belts six months after serving in the Ukrainian army. The historical rematch between the professional boxers ended in round 12 with a split decision.

Thousands of boxing fans attended the match at the King Abdullah Sports Stadium Arena in Jeddah. Additionally, millions of spectators worldwide watched the game on their television screens.

Joshua seemed so unrespectful with his attitude as soon as the game ended, as he was so angry left the arena and then just threw the belts.

He also yelled at his opponent after Usغk was trying to calm him down by saying he was a strong boxer.

Still, Anthony responded, “I do not care about being stronger. I have skills,” adding, “you are not stronger. How did you beat me? Because of the skills you have?”

But he immediately returned and began giving a speech, emotionally overwhelmed by his loss, recalling his story, his beginning in boxing and his imprisonment, and then his effort to train him for himself.

“I’m a new breed of heavyweights, Joshua said in his speech as he praised Usyk’s powerful performance, “This guy here is a phenomenal talent,” he said.

Joshua then started chanting for Usyk with the fans and began talking about the Ukraine war.

It is noteworthy that Usyk has won over Joshua for the second time in a row, as he beat him last September in London.

Joshua demanded a rematch with Usyk, which happened for the first time in heavyweight competitions after 1999.

The biggest rematch in boxing history had other historical sporting events happen on the same day.

The first was the first women’s boxing match in Saudi Arabia, where Somalian-born Ramla Ali defeated Crystal Garcia Nova of the Dominican Republic.

Additionally, Ziyad Al-Maayouf, became the first Saudi boxer to win a professional when he beat Mexican opponent Alfredo Alatorre with a first-round knockout. 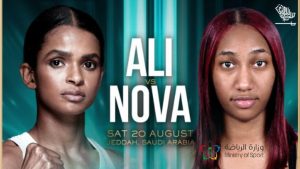 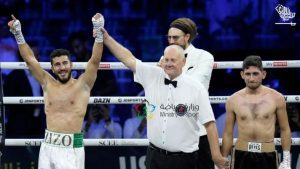 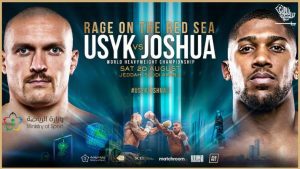 “Rage On The Red Sea” Ticket Sales Were Through The Roof 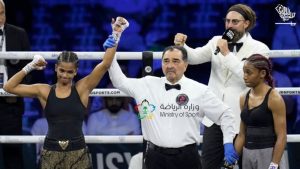