Saudi Arabia rises to the occasion and provides women a chance to show their caliber and participate in a regional tournament.

Is this an important tournament?

With the rise in popularity of football in KSA since the World Cup, KSA is making strides in women’s football. The women’s football tournament started on 11th January, crowning Saudi Arabia as its winner on 19th January.

Coach Monika Staab proclaimed: “Winning this tournament is an important milestone in Saudi Arabian football and will give the players huge confidence as they progress their national team careers.”

Such chances are essential for these players. Playing on such a vast platform allows them to leap over obstacles and add invaluable experience under their belt. 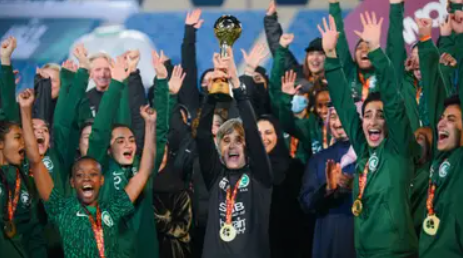 We can gauge its importance by the fact that it allowed the Saudi women’s Football team to rank on FIFA’s list. Similar was the story for Pakistan, which is developing its football landscape following the lift on suspension of 14 months.

Despite this, Pakistan was the highest-ranked team,160th, coming into the tournament.

What happened in the matches

The round-robin format dictated that each time plays with the other three at least once. The team with the highest points at the end would be the winner.

Final standings of the tournament*

As the table shows, Saudi Arabia needed only a draw against Pakistan in the final match to secure their first position. They were on top of the table with the game ending 1-1.

The other two matches saw the green falcons breeze past Mauritius and Comoros, winning by 1 and 2 goals, respectively.

Pakistan’s outings were similarly shaky when they suffered a 2-1 loss to Mauritius. The second place was in contention until the last minute.

But Mauritius could not hold back Comoros and Pakistan earned a valuable point from a late equalizer by their captain.

This goal is also our nomination for the goal of the tournament. Captain Maria scored from a tight angle and was far from the goal. She was the women’s football tournament’s top scorer with two goals, leading the young team by example.

Mauritius got off to a slow start against Saudi Arabia, who quickly put them down 1-0. But their second match victory against Pakistan, scoring twice in response to 1, meant that the two were equal on points in the final match.

With the standings decided in the last game, Pakistan’s draw earned them a point. On the other hand, Mauritius fell to Comoros, finishing with 3 points.

Yet this was a respectable showing by a team ranked the lowest in the tournament,187th.

Comoros’ performance in the Football Tournament In KSA left alot to be desired with. They suffered two back-to-back defeats at the start of the tournament.

With their last place solidified already, the team dug deep in the final match. They overcome the Mauritius team to nip 3 points in the bag. 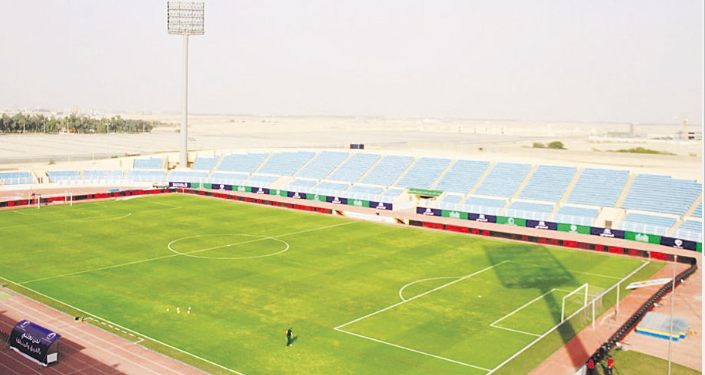 What is the takeaway?

It might have looked like just a series of friendly matches to spectators. Yet, this was the first time some of these teams had represented their badges in years.

Opportunities like these are hard and rare to come by. It helps them solidify their standing to get proper resources and facilities for the future.

It also points to the development of women’s football tournament which is still in its early stages in some countries. Consequently, it provides objectives and a future for the teams and players to work towards.

It also helps some of the poorer teams stay out of poverty who, without any international matches, have to quit football often and look for alternative sources of employment. This only decreases the scope of football for women.

With the Olympics qualifier in Paris next year, we might see some of these teams fighting for a spot again.

At the same time, a long way from winning a medal, getting onto the big stage, and putting their name on the map is a win for women’s international football tournament in KSA.

Explore The Zone Riyadh: A Journey Through Culture, Entertainment & Adventure in the Heart of the City

Kaifi Khalil – The New Artist Taking Spotify By A Storm