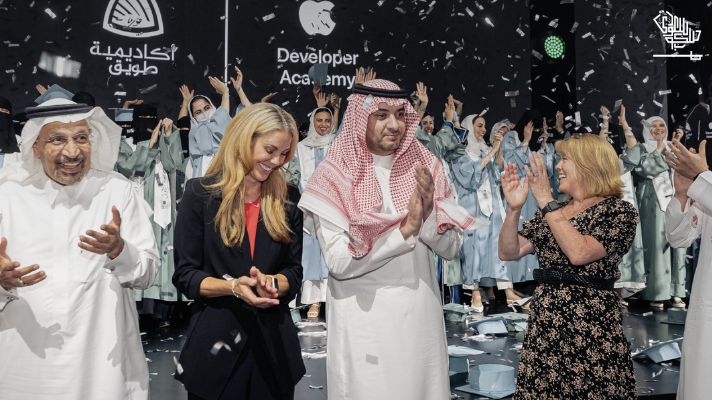 Riyadh —The Apple Women's Developer Academy graduated its first batch of 103 female trainees at a ceremony held in Riyadh on Sunday.

Riyadh —The Apple Women’s Developer Academy graduated its first batch of 103 female trainees at a ceremony held in Riyadh on Sunday.

It is the result of Crown Prince Mohammed bin Salman’s visit to Apple’s San Francisco headquarters in 2018.

On occasion, Faisal Al-Khamisi thanked Apple’s partners for choosing Riyadh as a MENA capacity-building center. He noted the impact technology has on the Kingdom’s economy.

It is the largest technology market in the region with a $40 billion volume and the largest market for digital talent, with 318,000 employed.

On her part, Dr. Inas Al-Essa pointed out that the fruits of Saudi Vision 2030 have paved the way for Saudi women to work in innovation and technology.

Dr. Inas said that the university’s association with Apple academy empowers the Saudi people. It is an essential step towards leading the world in research, development. And innovation, in parallel with supporting women and increasing women’s employment rates in promising sectors.

Ohood Al-Nayel, the Director of the Academy, said the 103 female graduates from the Academy spent over 720 hours in training and developed 88 applications.

Apple’s choice of Riyadh as the headquarters of its Academy is due to the Kingdom’s position as a regional technical hub in the MENA region.

The Kingdom plans to build digital capabilities and take a leadership position in the field of technology and innovation. As it ranks second among the G20 countries in digital competitiveness.

The Academy is part of several initiatives launched to contribute to achieving the social and economic goals of Vision 2030.

The Academy is preparing aspiring entrepreneurs, developers, and designers with the skills, resources, and training to find and create jobs in a thriving iOS app economy.

Despite its short tenure, the Saudi Apple Academy plans to graduate 600 women annually. The Academy received 45,000 applications for the first round of admissions.

Additionally, the Academy has announced an extension for the registration period for all seeking admittance to its academic program via website. 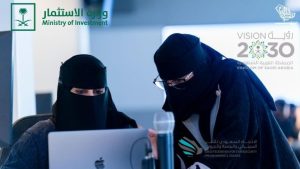 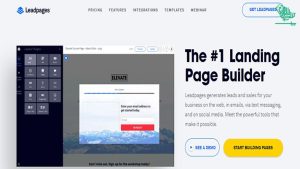 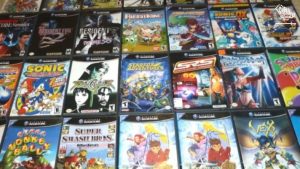 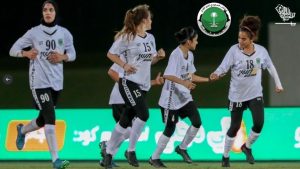 PrevPreviousSaudi Arabia Condemns The Storming Of Al-Aqsa Courtyards By Israeli Settlers’
NextDr. Afaf Felimban and Her Colleague Drown In An Attempt To Rescue Two Girls From The Jeddah SeaNext