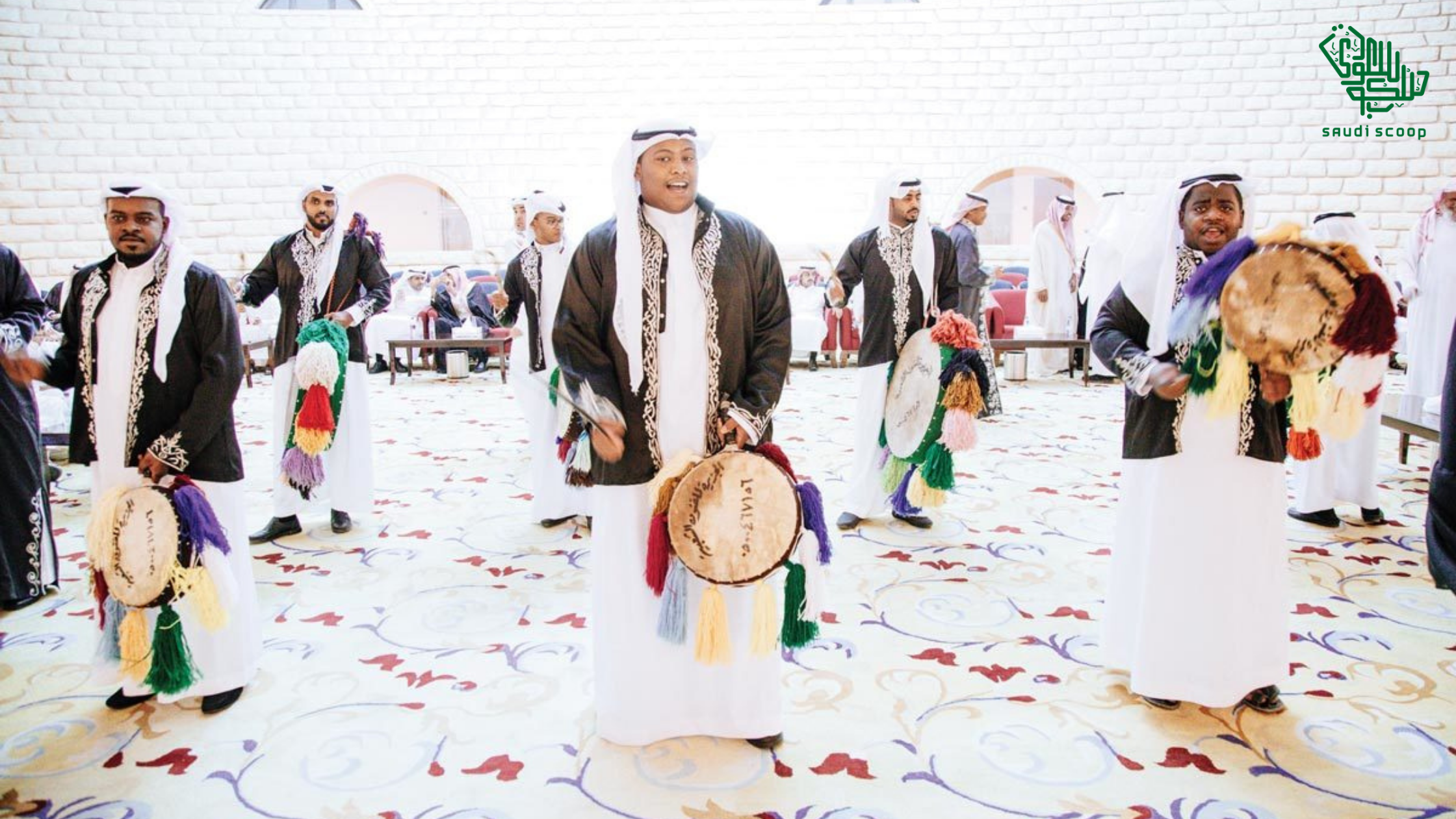 Steeped in the Bedouin rituals of war, Saudi Arabia's Ardha is a dance of Kings and kin.

If you are not interested in Ardha Dance, you lack in manly qualities, said Dr. Saad Sowayan, a Saudi folklore scholar and anthropologist as it is the great Warriors Dance in Riyadh. In a tribal society, that is important.

For the unaware, Ardha is the national folk song and dance of Saudi Arabia.

This dance is only performed by men, it consists of a sword-wielding two-step, in which participants dance shoulder to shoulder in two lines, facing each other.

The choreography, a slow bend at the knee while raising and lowering swords to the drumbeat and song – sounds simple.

But, in the context of a formal performance of Ardha, it requires sound health and strength as these performances have been known to last several hours.

‘I used to live in Saudi Arabia, the first I saw Ardha was on television.

Also, I remember watching for a while, and then going somewhere and coming back an hour later and the dance was still going on,’ recalls Dr. Lisa Urkevich, the author of ‘Music and Traditions of the Arabian Peninsula and visiting scholar at Harvard University.

The most famous of Saudi Arabia’s folk arts or al-funun al-sha’abiyyah, Ardha is established as a symbol of the nation’s tradition and culture.

It’s so nationalistic, the lyrics that accompany Ardha and the contexts in which it’s performed are seen at national events in Saudi Arabia.

King Abdullah would dance the Ardha with the national flag upon his shoulders.

On National Day celebrations, Ardha is often performed outside of Saudi embassies around the world.

Last year, Ardha enjoyed some more attention when the international press ran pictures of the Prince of Wales.

He was seen shuffling self-consciously with members of Saudi Arabia’s royal family during Riyadh’s Janadriyah Festival – one of the country’s premier cultural events.

One could decline, of course, but it will reflect badly on the person. It would mean that the person is not a man of metal nor a warrior.

Some people are good at it, and some are not; you just practice and practice.

Historically, Ardha traces its roots in the tribal feuds of the Arabian Peninsula and the rituals performed in the Bedouin camps ahead of the battle.

Ardha has evolved, raising morale and preparing combatants for war in its progression from traditional war chants.

Its origins are in the central Najd region of Saudi Arabia, with variations found across the Gulf in Qatar, Kuwait, and the United Arab Emirates.

Ardha echoes the past, the variation practiced in Saudi Arabia today.

It was once performed to encourage warriors and instill enthusiasm in them to advance against the enemy.

The costumes worn by participants of Ardha today hark back to the time of the dance’s advent. Distinguishing robes particular to Ardha are the same today as those worn historically on the battlefield in ancient times.

Those flanking the national flag bearer may additionally also wear a ceremonial Bisht – a gold-trimmed loose-flowing black cloak over the Kandoura.

Performers may also strap cross-belts over their chests, along with weapons and another leather belt around their waists to hold the curved daggers known as khanjar.

Ardha is derived from the root word “Ardh,” which means “show.”‘

So what exactly are Ardha dancers trying to show? — Prowess, military strength, the weapons, and the stamina of the men.

It is not as animated as the Zulu war dance, but it is certainly a much longer and physically exacting affair.

The performance starts with a poet chanting a single line of verses specific to the occasion and establishes the rhythm.

The verse is then repeated by the participants with the drumbeats in the background.

The drummers beating the large-framed drums called Takhmeer will sequentially strike three quick double-strokes past the chorus of the second hemistich.

Followed by a fourth stroke, upon which the smaller drums (Tathleeth) produce a series of single strokes followed by two quick strokes delivering a 6/8 rhythm.

Different patterns embroidered on these vests represent the different teams.

All the various types of drums are ornately decorated.

Green felt the Saudi flag’s color is glued around the drum’s outer rim, as are the Danadish, the pom-pom look-alikes.

Although there isn’t any significance to the costume worn during Ardha other than its historical and cultural connection, its appeal carries even today. And the performers look good too.

It is sort of showing off in front of the others when women used to watch how men dances the Ardha and would judge them on their style and athleticism.

Dancing the Ardha for hours on end certainly is a test of the participants’ stamina.

Today’s displays of strength are purely for show. The swords are merely props made with light metal, and the costume is never worn in private.

Today Ardha represents a different set of goals, such as national pride, solidarity, camaraderie, and unity.

Young men perform Ardha at their graduation, so today it is more of a celebration and a declaration that, “We’re proud, happy and united.”‘