How Women Drivers Made Their Impact in Saudi Arabia

Changes in a society's norms usually require time to take root and become acceptable, but the women drivers have successfully and in no time cemented their right to drive.

In the summer of 2018, Saudi women were given the right to drive in the Kingdom, after which thousands of Women Drivers applied for licenses in Saudi Arabia.

The enrolment at these female driving schools is so high that the schools cannot keep up with the demand.

It can take an applicant some months to begin their lessons at one of these schools, located within Saudi university campuses.

There are some women giving free driving lessons to reduce the backlog and the cost.

Driving schools for women in Saudi Arabia have quickly become quite popular and well accepted.

Ford Motor Company was one of the first to kickstart the new tradition of sponsoring driving schools in the country just as the ban was officially lifted.

Lessons from the carmaker began from vehicle basics such as adjusting the mirror and seats and included popper hand positions on the steering wheel.

Other Saudi Arabian industries with women employees too joined hands in training their female staff.

Aramco, an oil company, began early in teaching its female employees to drive a car.

These huge instructions made women to road safety rules through virtual experiences and showed them how to check their car engine oil and even change tires.

This training has given the women a sense of autonomy; as Amira Abdulgader enjoying this independence says:

“Sitting behind the wheel means, you are in control of the trip…I will be the one to decide when to go, where to go, and when to come back.”

With the mad dash at the driving schools, it was certain that driver education in Saudi Arabia would go beyond the formal settings of instruction.

Some women took it upon themselves to get the girls driving.

As the ban ended, Hanaa Aldhafery posted on Twitter with “the hashtag  #مستعده_ادرب, which means “I am ready to teach you.”

So long as her trainee had a car, Aldhafery was ready to give driving lessons free of charge.

Noura Al-Dosari, who had an international driver’s license put her talent to good use and started giving five hours of free driving lessons daily in her own vehicle.

During an interview, Ms. Al- Dosari said that teaching women to drive will promote social change and improve their income with easier participation in the economy.

The Saudi step to allow women to drive is an important step and is in line with the objectives of Vision 2030.

Women drivers in Saudi Arabia have taken a step in providing women in the Middle East with greater self-rule.

Although not as many as expected, today on the streets of Riyadh, Jeddah, or Dammam, you will find many women driving their rights.

Nineteen-year-old Tala Abdulfattah, a student at (PNU), feels it was pretty easy to enroll for the driving, maybe because she was one of the first to register.

After two months, she received her enrolment and had to take 30 hours of instructions as she had no knowledge or experience of driving.

The only downside of all of it was that all the appointments were far apart, beginning with the classes and right up till the test.

Apparently, many applicants have faced the same problem of a long waiting period before training.

“The enrollment itself was quite easy,” said Ms. Munerah Al-Ajlan, an analyst at the Riyadh public hospital.

It took her nearly six weeks to get her license from the Saudi Driving School at Princess Nourah University; the problem had been technical issues.

It was worth the wait, “The whole year, I could feel my independence every time I opened the car door on the driver’s side,” said Al-Ajlan.

Deem Al-Dekhayel, a communication manager in Riyadh, found that the Saudi Driving School and traffic department to be well organized once the training had started.

It took a month for her to get the license, and it was longer than she had expected, but once that process began, everything was professional and orderly.

Saudi women find that the driving license is a game-changer. They feel financially good at being without a personal driver.

As previously, they paid the driver his monthly salary and benefits and had to provide for his housing.

Feeling of Exhilaration among Women

Many female drivers expressed how amazing last year was for them and how much support they got in the streets.

Al-Ajlan said: “I feel in control when I get in my car.”

Munirah Nujayman, an English instructor at PNU, had reservations about driving in her home country.

“Although I have been driving abroad for four years, I wasn’t sure about driving here in my country. It felt weird and as though I may not be safe out there.

However, after using Uber and comparing its cost versus my car, I went for my license. None of my fears were there.

Everything is perfect, and I face no issues except for the traffic jam during the rush hours.

Traffic is alot for new drivers despite their gender, especially in Riyadh’s ever-changing road detours due to the Metro and the rush hours.

On the bright side, women have been encouraged by the helpfulness of other drivers.

The “other” drivers usually make it their business to help female drivers with parking, even if it is not needed.

Despite the slow start, women drivers take up nearly one-third of the parking spots at some workplaces.

Jeddah Season 2022; Visitors Enjoy the Multitude of Activities
Earth's most adorable animals nearing extinction
Eight Fun And Exciting Activities This Weekend In Riyadh
What Is A Qahwa or Saudi Qahwa Coffee
Suhail Star Announces The End Of Summer
Scuba Diving in Saudi Arabia
How do the People of Riyadh celebrate Ramadan?
Things To Do In Riyadh This Weekend: July 17 to 20
Visiting Umluj: The Best Decision You Can Make
Top Ranking Popular Hollywood Male Actors Of All Times
The Iconic Faena Luxury Resort Is Coming To The Red Sea
Six Fun And Exciting Activities in Jeddah This Weekend 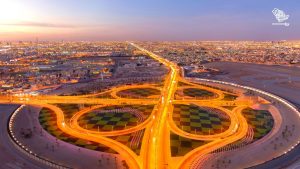