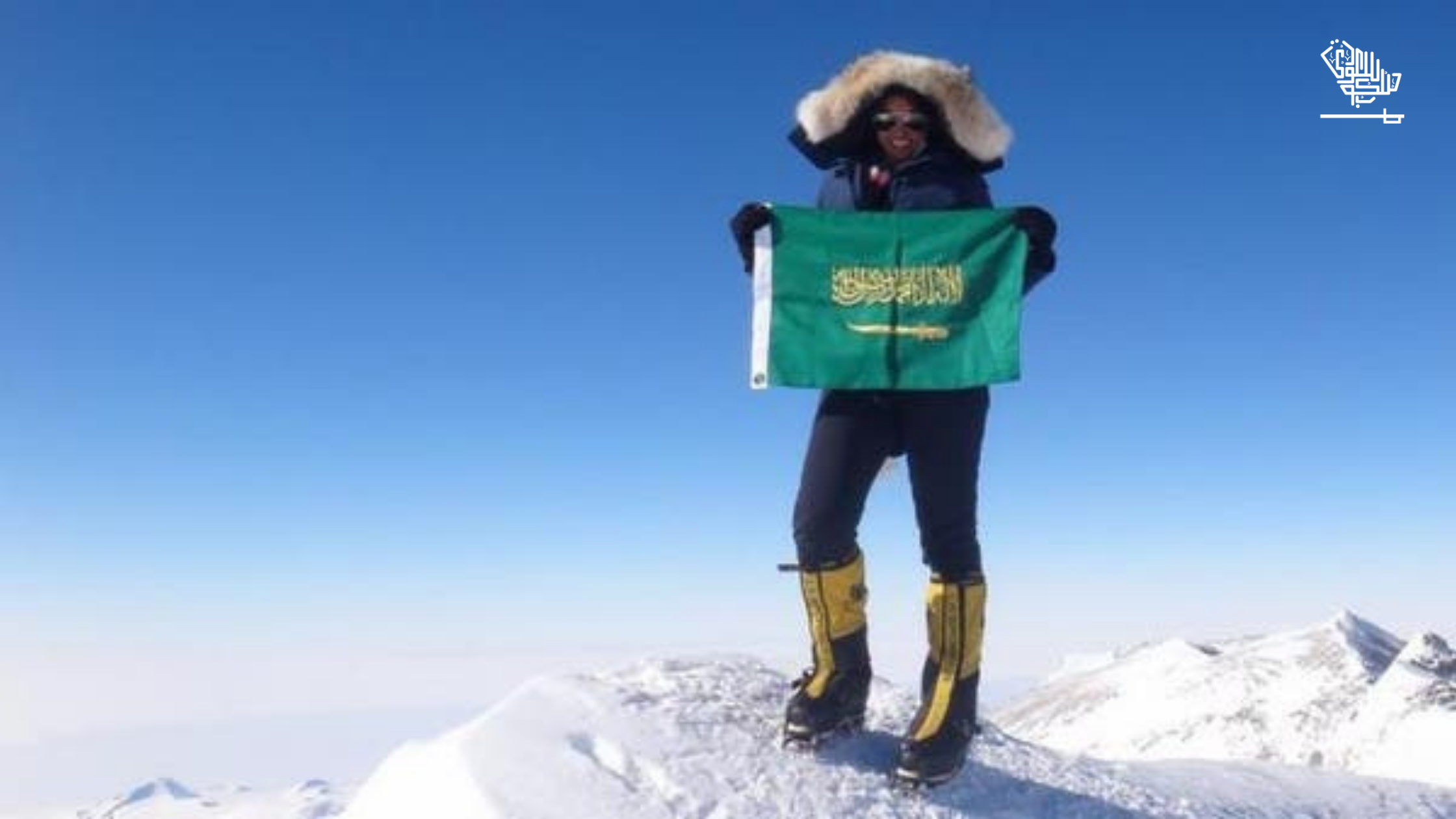 On May 18 in 2013, the world was formally introduced to Raha Moharrak, a 25-year old Saudi woman who made history by being the first Saudi woman and the youngest mountaineer to climb Mount Everest.

While Raha Moharrak stood 8,849 m above ground carrying the Saudi flag, she says that while it was definitely a cause for celebration, she had to make sure not to get too excited because the descent still remained.

This moment of clearheadedness and rationality, as well as staunch determination, is what led to Raha being able to climb Everest in the first place.

Born as the youngest of three children in Jeddah, Raha Moharrak received much of her early education in the UAE while also having a keen sense of adventure.

Due to her dyslexia, career prospects in the realms of science and mathematics seemed unlikely, leading to her taking up a degree in visual communication and graphic design at the American University of Sharjah, graduating with a Bachelor’s Degree.

The degree led her to seek employment in an advertising agency for about three years before she got restless and started looking for more.

Returning to the Kingdom of Saudi Arabia, Raha got the idea to try and scale Everest. Once she voiced that idea, she immediately shut down, being told that she couldn’t do it. Raha took that as a challenge.

Tired of living as a stereotype, Raha Moharrak wanted to do something to show the world that Saudi women were more than what was portrayed of them in the media, that they can do whatever they want to, even scale the tallest mountain in the world. Now that she had a goal in mind, it was time to put her plan into motion.

The first step was to convince her father. While Rahas’ family was not very conservative, there were still ideas that scared them, this being one of them.

When Raha first asked her father, he simply refused. Rather than being discouraged and sitting back, Raha immediately began typing out a massive email for her father in hopes of convincing him to support this endeavor.

For three days, Raha waited anxiously, awaiting the reply to decide her next course of action. Lucky for her, Her father extended his support and told her to go for it. With her determination and her family’s support, Raha started on her journey.

As someone who hadn’t really been actively involved in having a healthy lifestyle or many outdoor pursuits, the next step was to figure out how to go about this.

She turned towards the internet, gathering information about how she should train and what to expect as a first-time climber. For two months, Raha underwent rigorous training, taking up biking, volleyball, rock climbing, and visiting the gym way too much.

Getting into shape for the climb was no easy task. She had to completely revamp her daily schedule and work on her physical fitness with the utmost care and diligence. After two months, Raha felt that she was finally ready to take up her first mountain.

Booking a ticket with a fellow climber, Raha set off to conquer Mount Kilimanjaro, the tallest peak in Africa. Being her first time, Raha did not know quite what to expect, but she knew that this is what she was destined to do, feeling a sense of freedom and purpose on her way there.

Kilimanjaro took a week to scale, during which she faced several hardships, including hypothermia. Luckily enough, her teammates caught her as soon as things started going south.

When elaborating on her exploits, she added that this camaraderie is one thing she loved about climbing. After a week of grueling work, Raha reached the top and unfurled the Saudi Flag.

Things got easier from then on. Her family’s support grew more vital to see how determined she was and how her efforts were paying off. She got invited to join the Everest Base Camp and started climbing more and more mountains.

On May 18, Raha set off with her three teammates to climb Mount Everest And 64 other people. Her team included a member of the Royal Qatari Family, a Palestinian businessman, and an Iranian living in Dubai.

In the four-person team, Raha attempted to be the First Saudi woman to climb Everest, Mohammad Al-Thani the first Qatari man, and Raed Zidan the first Palestinian man.  While climbing, they worked with a charity called “Reach out to Asia’’ to raise money for Nepali Education.

The two-month climb to the top was hard and challenging every step along the way, but Raha trudged on. After a very, very long hike, she reached the peak and found nothing but utter satisfaction.

Unfurling the Saudi Flag to the cold mountain breeze, Raha stood up there with pride, knowing that not only did she manage to accomplish what she set out to do, but she had also made herself, her family, and her country proud of her. Not only that, but she also stood as an inspiration to all women and mountaineers.

When asked why she decided to climb Mount Everest, Raha iterated that she did not have any political or social reasons for doing so. She simply did so because she wanted to.

She wanted a challenge, so she climbed her first mountain and loved the adventure and the feeling of freedom it had to offer, and so, she kept with it until she reached Everest.

Since climbing Mount Everest, Raha has gained immense international fame and inspired many. Not only did she inspire many young girls and women to take up their hobbies and try to accomplish what they’ve dreamed of, but she also has pushed forward and kept on with her journey, aiming to do more and more.

Due to her acclaim, she is also an attractive candidate for international brands like Tag Heuer and Burberry, quick to reach out to her and make them her brand ambassadors.

She even took up a sponsorship from Adidas and worked on promoting female empowerment in the Middle East.

Pursuing an MBA degree in Women’s Leadership from the Synergy University in Dubai, maintaining her profession as a graphic designer, and climbing mountains are all things Raha continues to pursue simultaneously.

Her next ambition is to conquer Mount Kosciuszko and Mount McKinley in Australia and Alaska to complete all seven summits of the world.

Her sense of adventure and endless courage and determination is inspiring to many. Not only she prove everyone wrong about what she could and could not do.

She never let it bring her down, instead of using it to fuel the fire inside of her and keep moving forward despite all barriers—a true cause of pride to the Kingdom of Saudi Arabia, the world, and women worldwide.