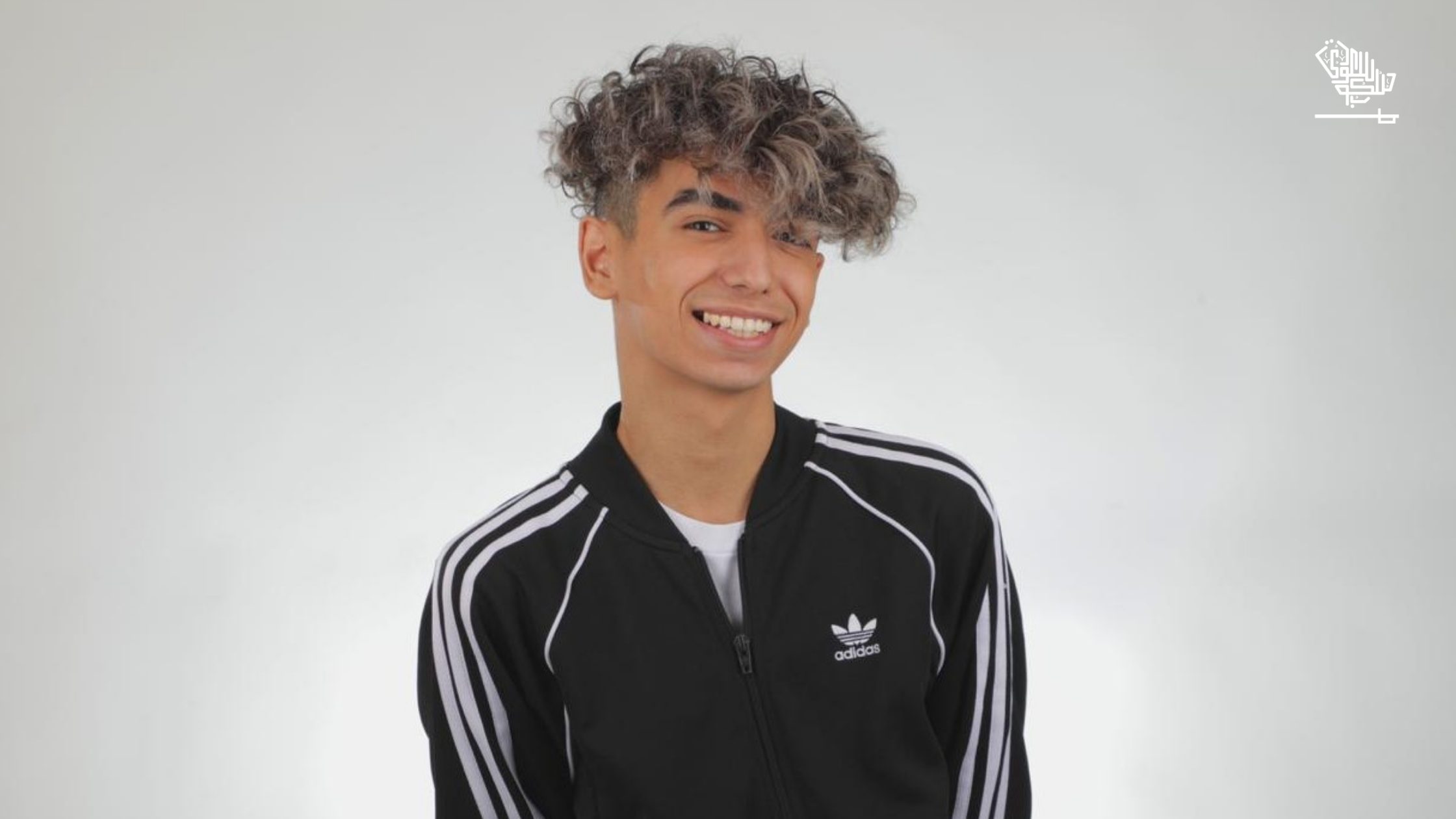 The famous Saudia’s Youngest Star and a Youtuber ‘Dyler’ is proof of that that the younger people are getting more innovative day by day.

It is no secret that the younger people are getting more innovative day by day. The famous Youngest Star Saudia and a Youtuber ‘Dyler’ is proof of that. Born Abdulaziz Aldjlah in Saudi Arabia, Dyler always showcased an interest in social media and YouTube. All of it paid off, as now he is one of the most popular (and one of the youngest) personalities in Saudi Arabia.

Dyler managed to do that by understanding how the internet and trendsetting works. It was lucky that he liked the same things that would make him famous. That, coupled with some social media promotions, landed him millions of followers in the span of a few months. He made videos that gained traction, like his song ‘Madrasah,’ and appealed to the mass audience. On Youtube, that is children aged from 5 to 17.

Born May 15, 2001, in Saudi Arabia, Dyler had a pretty normal childhood. He has an elder sister, Hala, a social media star, and two younger brothers. While Dyler was always interested in social media, it wasn’t until he was 12 years old that he made a YouTube account. Like many kids his age, he would post time-relevant content like gaming videos, reaction videos, and musical.lys (now known as TikTok).

After some time, this channel managed to accumulate quite a few views. Finally, with 1.4 million views and about 630,000 followers, Dyler decided it was time to take the next step. So, on December 20, 2016, Dyler created his second channel, titled ‘Dyler.’ At this point, he had realized that the market in Saudi Arabia could be captured more easily. So, he started posting videos in Arabic.

Dyler: The Second Channel and Claim to Fame

The sheer popularity of the channel was awe-inspiring. In a few short months, the channel had millions of views. The number of followers quickly overtook that of his previous one. Then, he started posting music along with the usual youtube videos, which made him all the more popular. This was when the much famous ‘Madrasah’ and ‘Samoly’ came into being. Both songs got him immense popularity and over 70 million views combined on these few videos alone.

He would often also bring his sister, Hala, on camera. Hala herself is a social media influencer on Instagram as ‘thehala’ with over 2 million followers. This turned out to be a pretty decent decision as the sudden rise in both siblings’ popularity shot up. The most famous video with her on his channel is ‘Embarrassing Questions With My Sister Hala.’ Not just that but it is also one of the most popular videos on his channel overall.

Other than his sister, Dyler often brought other Youtube Stars, too, and appeared in other creators’ videos. As a result of this, he is well acquainted with most YouTubers from the same side of Youtube as his, like internationally famous Jacob Sartorius, Loren Gray, and many others.

Other Appearances and Interests

Aside from Youtube, Dyler is also very popular on Instagram. With about 2.8 million followers, Dyler posts quite often about his life. His interest in cars is also very apparent on his social media. Dyler has an entire Instagram highlight dedicated to just his vehicular interest. He is also popular on Twitch, a streaming website used primarily for gaming.

However, his interests don’t just stop there. He is incredibly interested in music and making it, to be more specific. His earlier hits were more adolescent experimentation primarily meant for garnering more views. He chose a more freestyle rap style with relatable topics to the younger people, like school and other generationally shared interests. These music videos were less about self-expression and more about popularity. The YouTube generation adores music with repeating verses that are easy to understand, catchy, and memorable. That is precisely what his earlier music was.

That music got him a fan following, established him as a creator, and even got him opportunities to sing live. However, since then, his style had matured a lot more and found itself on surer ground. His latest song, ‘Qissa Hazina’ released a week ago, is in such sharp contrast to his earlier music. With a more mellow beat and slower verses, he created something softer and more relaxing.

Aside from music and cars, Saudi’s Youngest Star is also very popular for motivational speaking. He is the youngest motivational speaker in the Kingdom and pretty amazing at it too. His speeches usually tend to get quite an audience, and it’s not that big of a surprise. Tyler made himself a name at a very young age and has the relevant experience. More than that, his Youtube channel and live performances made him quite adept at performing in front of people. Thus, overcoming stage anxiety.

He is a recipient of the ‘Arab Social Media Award’ due to his status as a social media influencer and a motivational speaker.

For anyone who has seen him at the peak of his career in 2017/18 and now, the difference is very evident. As Tyler grew, so did his channel. The lighting is softer and more aesthetic than bright and all over the place. The humor, while still adhering to trends, is put out in a more mature form. His content is calmer, even though it retains the presiding elements of his earlier content. Even the editing is smoother, less in the face and more snappy, collected, and visually better.

He gained a considerable amount of fame at the tender age of 16. Nearing almost 20 now, it makes sense that his content has changed. Both his music, what he puts on Instagram, and what he uploads on Youtube is something someone his age would. It is not something someone trying to hold on to his teenage would. This is exactly what sets him apart from a lot of creators who rose to fame in their younger years.

While a lot of creators try to hold on to the content that got them the most popularity, Dyler made sure it grew with him. This is a risky move, but a lot more admirable and one that has paid off in his case. It just goes to show how sharp, smart, and calculating one has to be on social media. What looks as simple as uploading a photo to us, actually has a lot going on behind the scenes.

It is clear to see the genius in his actions. At first, to utilize his rhymes and free verses to captivate his audience. Then, to keep them there with the latest trendy videos. Now, he makes sure his content stays according to his liking and is also appealing to the masses. It’s decision-making like this that defines the intellect of the newer generations. The ones who grew up with social media understand fully how it works, how to make it work for you, and what to do to get fame and keep it. Everyone wants to be famous, but very few of us have what it takes to be famous, too.

Forced Off TV, Pakistani Journalists Develop a New Audiences on YouTube
Saudi Gold And Its Authenticity
5 Most In-Demand Social Work Jobs in the US
Noor Riyadh Comes to An End, But The Citywide Exhibition Continues to Enchant
Ten-Weekend Things To Do In Riyadh: March 3 to 5
Will Smith Extends Apologies to Chris Rock for Slapping Him During The Academy Awards
Festive Saudi - The festivals and Celebrations
Top International Schools in Jubail
Why Saudi National Park Program Is Nothing Like You’ve Ever Known
The ‘Arabian Jewel’ Majed Ahmed Abdullah
Top 7 Must Visit Places of The World and Why
'Isii Nafta': the viral song Trevor Noah, Bella Hadid, and Cardi B posted about.
CelebritiesInfluencers 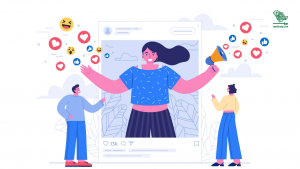 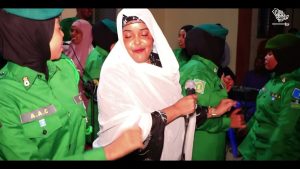 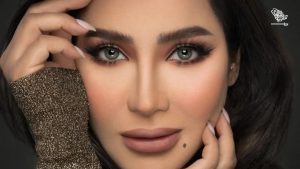