The Origin of Mother’s Day 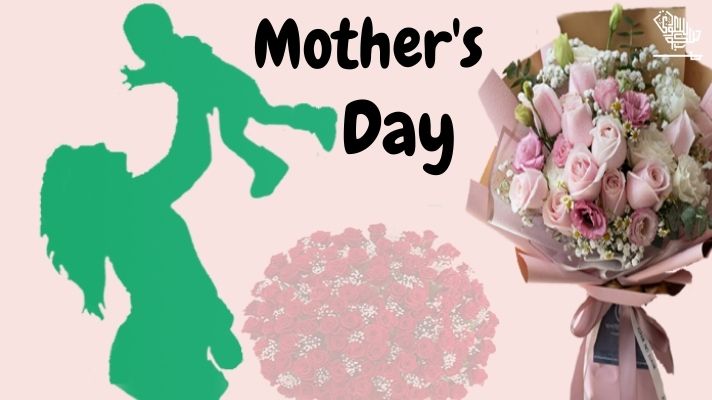 Every year, Mother's Day is celebrated worldwide, in Arab countries on March 21 to honor motherhood, signify children love for their mothers

Jeddah: Every year, Mother’s Day is celebrated worldwide, including in Arab countries. To honor motherhood, demonstrate children’s love for their mothers. The festival highlights a mothers’ role in raising children and their influence in their societies.

Mother’s Day falls on various dates in different countries. For example, it is the first spring day in the Arab world, on March 21. In Norway, it is February 2. In Argentina, it is October 3 and May 1 in South Africa. It is the second Sunday of May in the United States and Germany and on December 22 in Indonesia.

The credit of starting the Mother’s Day celebrations in Arab countries goes to Egyptian journalist Ali Amin, publisher of the Akhbar el-Yom newspaper; who conceived the idea of Mother’s Day in 1955, according to the book “Ali Amin: the Journalist and the Human.”

The late journalist received a letter in the readers’ mail, in which a mother complained about her children’s mistreatment of her and their denial of the hard work and time she invested in raising them. When their father died, she refused to marry again for her children’s sake.

She remained with her children until they grew up, graduated from university, and married. However, when they had their own lives, they no longer visited her except when convenient for them.

The idea of marking Mother’s Day as a national holiday originated in the East. On this day, the children give their mothers gifts; and write sincere comments thanking them for their sacrifices to bring them up.

In an article he wrote, Ali Amin proposed celebrating Mother’s Day, saying, “we’ll call Mother’s Day, a national holiday in our country and the countries of the East. When children give their mothers gifts and write letters to express their gratitude.”

Many people praised the article, and many responded to the invitation. As a result, March 21, the first day of spring, was chosen as Mother’s Day, and it has since become a symbol of beauty, flower blooming, giving, and life. Egypt celebrated its first Mother’s day in 1956, and it swiftly expanded throughout the Arab world.

However, according to tourist expert Ahmed Diab, the idea originated in ancient Egypt during the pharaonic period. Their temples in Dendera and Samanoud attest to how they honored women and mothers; presenting them to the world as saints and considering them to be the secret and source of life.

Isis eventually appeared as a sacred religious figure on certain temples in Rome, the ancient Roman Empire’s capital. Diab said people regarded her as a wise lady and a magnificent mom, as their temples showed.

The concept carried down via centuries from the ancient Egyptian civilization to various cultures until it took on its current form.

When it comes to the origins of Mother’s Day in different cultures, the first US Mother’s Day event took place in 1908. Anna Jarvis led a memorial for her mom; later, she began a campaign to have Mother’s Day recognized in the country.

Anna Jarvis is an American activist born in 1864. Her mom said: “Sometimes, somewhere, someone will call out the idea of Mother’s Day.” She believed that families would reunite and cease bickering if they cared more about their mom and expressed their affection for them. Anna swore to herself at her mother’s death that she would make her Mom’s wish come true.

Things To Do In Riyadh This Weekend: July 17 to 20
Opening Of The 25hours Hotel In NEOM's Mountain Resort Trojena
3 Million Passengers Used Saudi Trains in Q1 2022
Saudi Ministry of Investment Concludes its Participation at the GPCA Annual Forum
The Grand Mufti Asserts UN Resolution on ‘Sexual Orientation’ Contravenes Arab, Islamic Identity
Expatriates can now be elected Board Members of the Federation of Saudi Chamber of Commerce.
Aramco and Thailand Deepen Energy Cooperation with MOU
Luna Space Financial Company Introduces "Nami," Its New Brand, In The Saudi Market
STC SAWA Prepaid Internet Packages In KSA
Saudi Arabia Will Have The Best Economic Growth For 2022 And 2023 Among G-20 Countries— OECD Report
In Riyadh, A Shooting Range For Female Security Personnel Has Opened
Bahrain Launches Golden Permanent Residency Visas