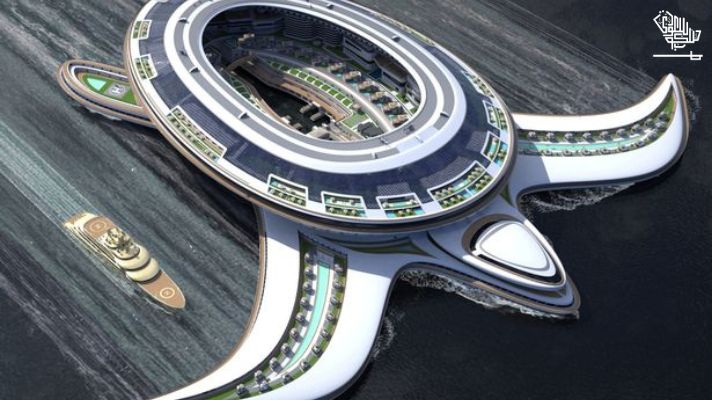 Pierpaolo Lazzarini makes a comeback. A massive £6.8B terayacht proposal, Pangeos, turtle-shaped ship with twice the size of Roman Colosseum.

Pierpaolo Lazzarini makes a triumphant comeback. With a new, massive £6.8 billion terayacht proposal. It is twice the size of the Roman Colosseum.

The “Pangeos,” a turtle-shaped ship, is anticipated to be 550 meters long and 610 meters broad at its widest point. If built, this terayacht would surpass all previous records for the size of floating structures.

Up to 60,000 guests might get accommodated in Pangeos. It is a floating city for exceedingly wealthy individuals.

According to Italian design company Lazzarini, visitors can unwind by staying in one of the several hotels. They can visit its abundance of shopping malls, parks, beach clubs, resorts, and ship and airplane terminals.

In recent years, Lazzarini has established a reputation for creating some of the industry’s most audacious, fantastical concepts. Such as flying ships, enormous onboard garages, and futuristic ships that push the limits of imagination.

They are hopeful that the ambitious plan, which dates back to 2009, will soon materialize after a crowdfunding campaign tied to NFT that sold virtual berths aboard the vessel. The project would reportedly take an incredible eight years to complete if realized.

According to Lazzarini, they would build the ship in its shipyard. That was created especially for it and got launched from Saudi Arabia.

According to the designers, “a Terayacht needs a Terashipyard. The design of a ship of a similar size entails the construction of a specific shipyard/dam infrastructure that will flood to lift the terayacht when it gets launched.”

The ship’s massive hull, which has a 30-meter draught, is separated into many blocks. It is composed of nine bows. The building also has a monumental entrance at the back that allows ships to enter this floating city.

It would get propelled by nine high-temperature superconductors (HTS) engines. Each gets fuelled by different onboard energy sources capable of an astounding 16,800 horsepower.

Additionally, the design team asserts that it may employ “wings” to travel without using a lot of energy. It would make this superstructure extremely eco-conscious.

According to Lazzarini, the tera-structure can cruise at five knots when powered by a jet drive transmission.

“Pangeos will eternally cruise the oceans of the planet Earth without emitting any emissions because when sailing, the enormous wings will gain energy from breaking the waves.

The rooftop area is also covered in solar panels. It contributes to the clean energy needed to run the terayacht.”

A wide range of luxurious dwellings will be available for guests, from apartments and homes to “mega villas” and royal palaces.

According to Lazzarini. “Users can collect certain content and access the virtual properties using their credentials. They can also acquire The boat’s virtual areas under an NFT collection.

In the event of the actual building, similar credentials will also get utilized as a property deposit.

The supercontinent Pangea, which existed millions of years ago during the early Mesozoic and late Paleozoic ages, is where the name “terayacht proposal” derives from, continues Lazzarini. 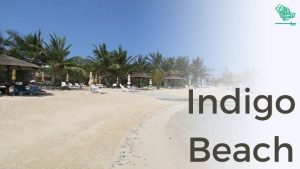 PrevPreviousAt Clap’s Rooftop Pop-Up In Riyadh, Elevate Your Japanese Fine Dining Experience
NextSix Fun Things To Do This Weekend In Jeddah From November 17 to 19Next