Top 10 Ranking Universities in Saudi Arabia in 2022, And What They Offer! 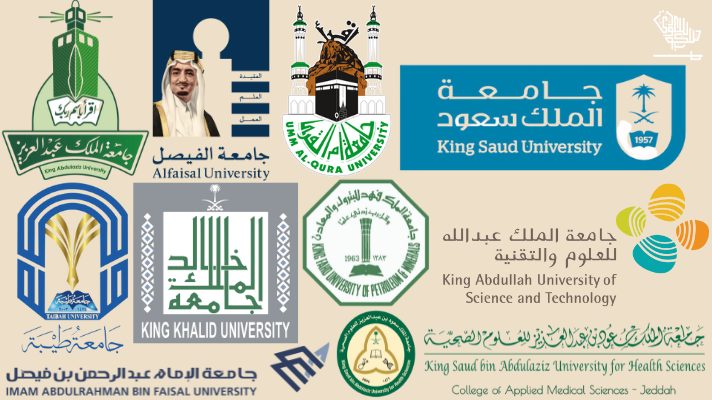 This article will help you decide your path to some of the top-ranking universities in Saudi Arabia from the given list in 2022.

A choice of where to go for further studies is highly a competitive and responsible one to make. You are supposed to stick through and follow a plan that depends on it. For a university to make it to the top ranking, it’s imperative to be consistent and stay on the set benchmark.

A reputation to maintain is a task. Though then the maintenance does bring you a rewarding top-ranked fruit, right? That sounds like a great deal!

Saudi Arabia as a country has entirely aimed to bring revolution along with various fields. To ensure Saudi youth have future jobs, they pursue drastic educational reforms.

The criterion for a university to be top-ranked is very uncertain. Each and every university follows a plan focused on being the best.

So many compete, and some actually make it to the top having an edge. Learning and teaching environment should be the most crucial aspect when looking for a job in the future.

Following that, adequate faculty staff to keep track of all the individuals and performance insights plays a vital role. Research impact, public contributions, and academic excellence add to the following criteria.

All then comes down to the graduate employment ratio of the university and alumni growth. These are just a few factors out of many for a university to stand out.

This article brings you a small list of some top-ranking universities in Saudi Arabia. If you are a parent or guardian or a student finding an institution, this list can help you decide on one.

The following list is made in no particular order of preference but to facilitate you all.

List Of Top 10 Ranking Universities in Saudi Arabia in 2022

Known for its tremendous progress in various fields, KAU came into being in 1967 in the city of Jeddah, established as a private university by the Red Sea development company.

Later in 1974, then converted to a public university due to its strong research impact and international outreach.

KAU, best known for its diverse curriculum and notable alumni, encourages both academic and scientific excellence.

It does this while continuing to deliver outstanding community services and collaboration in research. This university offers both undergraduate and postgraduate programs.

The university offers facilities for students to open-heartedly utilize outside the academic inclination.

Al Faisal University is an officially recognized NCAA institute of higher education located in the Kingdom of Saudi Arabia. Founded in 2002, Al Faisal is known for being a private teaching-oriented nonprofit student-centered institution delivering higher education.

It has an academic faculty of 200+ from all over the globe, and currently, 2500+ students enrollment in different programs.

In addition, Al Faisal is the crown jewel of the internationally reputed King Faisal Foundation, believed to be an architecturally stunning campus.

To develop both personal and professional growth, Al Faisal and collaborative research provide opportunities like student organizations, associations, and clubs.

The university’s goal relies on the eminence of research, making it one of the top leading brands.

Al Faisal aims to provide students with a platform to cultivate their personalities and work on their identities.

The staff encourages students to participate in conferences, community awareness programs, and launch events. As a result of which, the students develop their entrepreneurship skills at every stage.

In 1963, Royal Decree officially established King Fahad University of Petroleum and Minerals with a motto to dream and accomplish. Ever since then, the university has seen growth in various fields and stayed in the top-ranking charts.

Two of the country’s most significant natural reserves, petroleum, and mineral, became the prime focused fields to deliver higher education in. KFUPM always proved to be very selective regarding its applicants and therefore accepts only 10%.

Campus life provides sports and recreational facilities and student clubs in various fields. Not just that, the building offers an open stack library; for free access to the resources and a Preparatory Year Program Library (PYP Library).

Furthermore, KFUPM collaborated with renowned universities around the globe, government entities, and telecommunication companies in order to achieve research excellence.

This university aims to revive Islamic civilization and guarantee a healthy mind and ethics among the youth. Not just that, it also promotes knowledge and expands the basis of literary study.

What makes this university outshine is The FREE tuition fees policy and generous scholarships for students.

In addition, it has four colleges; health, science, community, and humanity, a mosque, and two university hospitals.

IAU, earlier known as the University of Dammam, is one of the oldest universities and one of the leading brand names in medicine.

They lead their way through innovative research in the region and community service experience with its renowned faculty. IAU, for starters, offers a variety of degree programs.

University exam follows standardized national exams. Grading criteria helps accommodate the students in the respective fields. Out of which grading for medical is the most competitive one.

Many of the finest best leads graduated from King Khalid University, and they all proudly take responsibility for the university’s remarkable high education programs.

KSAU-HS is the first public university to specialize in health sciences and medicine in Saudi Arabia. Their motto reads as the university is for the nation’s health.

Their various undergraduate and postgraduate programs are accredited by the ministry of education, which focuses on recognition and reputation.

This place has come far from a mere teaching institution to a research-related university based on practice and performance. If you’re looking for an ambitious model and optimal health care, this place serves all.

In Thuwal, Saudi Arabia, KAUST is a private research university founded in 2009. Do you know what makes this university stand out? KAUST is the first mixed-gender university campus in the country.

This university has been the fastest-growing research brand with its motto, from inspiration to discovery. They believe in serving as a beacon of knowledge that bridges people for the betterment of humanity.

KAUST aspires to advance science and technology through interdisciplinary research. With a faculty of 150 plus members, the university trains over 300 researchers, 400 postdocs, and 900 masters and doctoral students.

Located in one of the holiest hearts of Islam, Medina, Taibah University is a public university founded in 2003. It awards Diploma degrees, bachelor’s degrees, associate’s, masters, and doctorates to its students.

This university witnessed an enormous increase in the number of students over the years since its first enrollment. Under the name of Taibah university comes 28 colleges and 156 academic programs.

Taibah university functions around a set of goals and a strategic vision because they believe in delivering premium quality of education, building active partnership, and Improvement of Administrative & Financial Management.

In the holy heart of Mecca, Saudi Arabia, This public Islamic university was established as College of Sharia in 1949 and then renamed as Umm Al-Qura by royal decree in 1981.

This university has diversified its reach and offers more courses and subjects by offering degrees in Islamic law and Arabic studies. The motto this university quotes as; honored education, thus honored place.

With degrees in Bachelor of Science, Doctor of Philosophy, and Masters of Science, Umm Al Qura University grades rely on the standard 0-4.0 scale.

And so here it goes! Our list of the top 10 ranking universities in Saudi Arabia. These schools provide the best faculty, resources, and academic excellence.

Recommended: Nurturing The Stems Of Learning With Systeme.io

Selecting the right educational platform is essential as your child’s future may depend upon it. You can visit the shortlisted university’s website for more information about the individual programs. Good luck!

Professions In KSA That Don’t Hire Expatriates
Saudi ISEF 2022 Winners Given A Stirring Welcome at Riyadh Airport
Sarah Al-Suhaimi- A powerhouse of Finance and Money Markets
Health Insurance Coverage For Obesity Bariatric Surgery from October 1
Saudi Citizen And His Son Die Saving His Wife And Two Kids In A Train Accident In Austria
What Is The Nusuk Platform And Its Services To Pilgrims
Ten Houthi drones destroyed by the Arab Coalition
MoH Emphasizes the Importance of Keeping Schools Open
Two Million People Visit The Jeddah Season Within A Month
How Syrian Singer, Rasha Rizk, Dazzles Millennials at Jeddah Season?
Darah Releases A WW II Photograph of European Refugees in Saudi Arabia
3-Year Jail, and SR2 Million Fine For Cybercrimes Financial Fraud 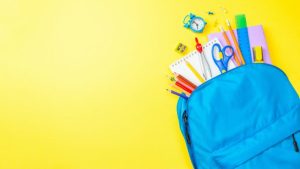 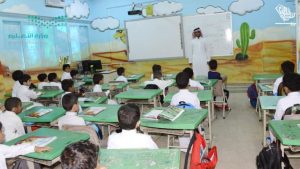